Should crop and livestock farmers be included in the definition of “private sector”?

According to the FAO (2021), the definition of “private sector” includes a broad array of people engaged in agriculture, fishing and livestock farming, as well as their organisations, cooperatives, businesses (from micro-enterprises to multinationals) and philanthropic foundations. Professional and interprofessional associations are also sometimes considered as belonging to the private sector, as are certain NGOs serving as investors. This all-embracing term has been the source of much debate. Some people say farmers should be recognised as full-fledged economic operators, while others propose distinguishing farmers from other types of private actors. So should crop and livestock farmers be included in the definition of “private sector”? That question was addressed several times during the thematic cycle on the “private sector” coordinated by Inter-réseaux. Here are a few of the arguments taken from those discussions. 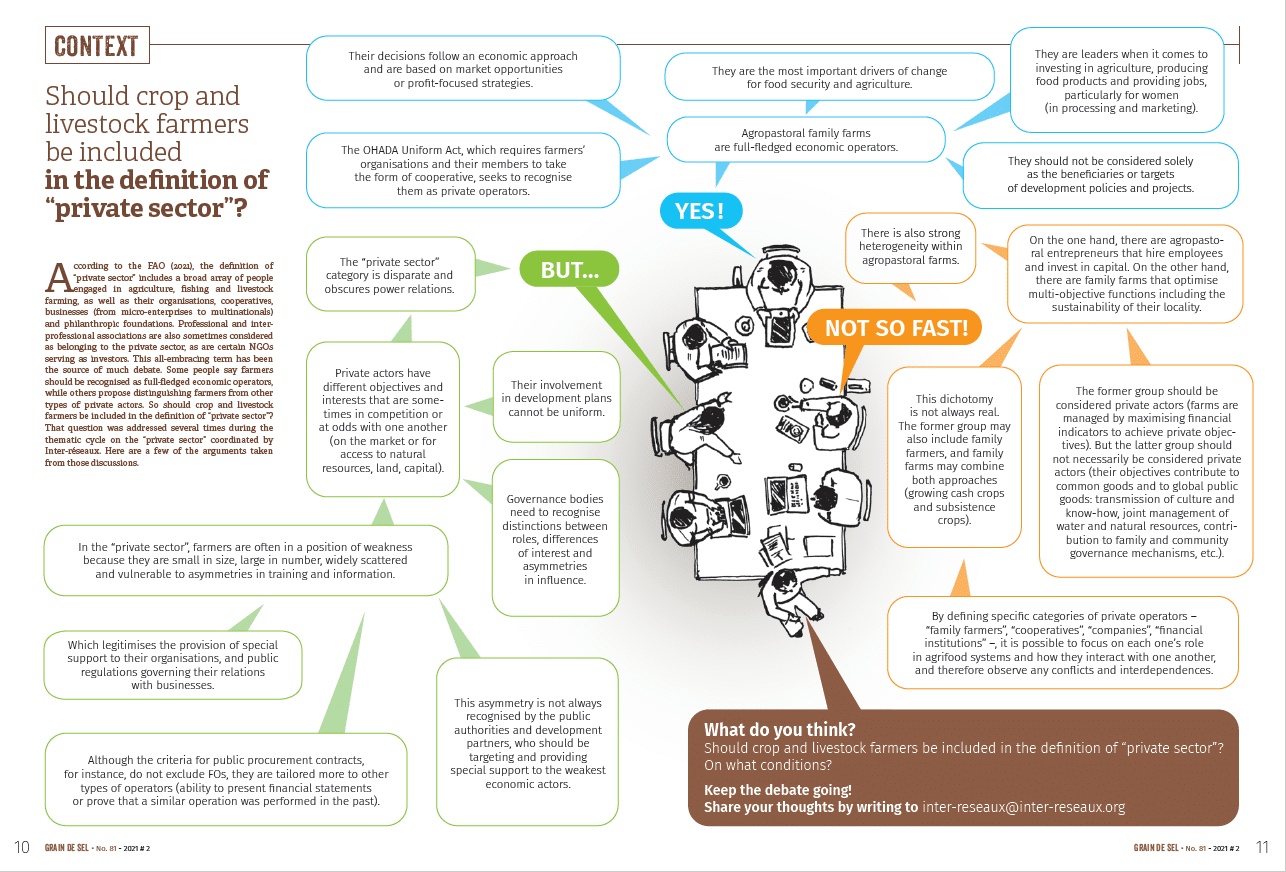 Investing in sustainable food systems: A methodology and lessons learned from Africa

Investing in sustainable food systems: A methodology and lessons learned from Africa