Chapter 1 : Elaborating a collective reflection process and the selection of local initiatives for study and comparison

_ Part 1: Principles and major steps in the method guiding the Working Group

The method of the Working Group was based on a double process of (i) highlighting initiatives by farmers and (ii) building collaborative thinking around these initiatives. Two key principles guided this work: a focus on local dynamics, with diverse analytical frameworks and collective reflection involving local groups of directly involved actors; and comparative analysis, comparing projects across different locales, and assessing the long-term evolution of single projects.
The Working Group of course involved groups of farmers not only in the case studies of local initiatives, but also in the creation of support exchange groups aimed at spurring debate around these initiatives, to gain a wider perspective on specific cases that were presented. To this end the Working Group relied on preexisting dynamics between actors already engaged in activities or thinking about the marketing of agricultural products. These included farmers and their organisations, and support organisations in the rural development world. A number of field visits, concrete case studies and information exchange activities (written work, sound recordings, videotapes) were carried out between 2004 and 2007, with the participation of actors in Benin, Cameroon, Guinea and Mali, who were the main drivers of the project. Actors in Burkina Faso, Madagascar, Niger and Senegal also contributed. For each experience, attention was paid to the analysis of processes enabling an awareness of the evolution of activities of each FO: the historical approach allowed us to have a dynamic understanding of the initiatives, since something that works at one moment for one FO can become obsolete a few years later. The initiatives were then shared via presentations and other forms during workshops and forums, which brought together representatives from more than ten countries in Africa. These materials describing the initiatives were also distributed on the Internet.
Through these different events and methods of exchange we were able to highlight the FOs’ initiatives and open them to discussion. Comparative analyses that looked at case-by-case examples across different FO actors took place on various occasions, in particular through workshops and forums (for example, comparison of different warehousing activities undertaken by different FOs). These studies grounded in specific types of activity were intended to give critical distance from the specific cases of each FO, and to extract general knowledge which could be useful to other actors in different contexts. The style used to present the activities of farmers and FOs was also intended to enable objective distancing as well as to make the information more useful. Chapter 2 presents some comparative studies by type of activity carried out by the FO, while chapter 3 draws some more general insights from these case studies.

Part 2: Overview of FO initiatives studied by the Working Group and emblematic cases chosen to enrich comparative and transversal analyses.

The numerous initiatives studied by the Working Group – and briefly presented here – show the diversity of buyers and markets. Depending on the case, farmers may sell their goods to an intermediary, an FO, individual merchants, businesses, cooperative organisations, the final consumer, or to an institutional actor (public office, WFP). Transactions can be done at the farm gate, in the village, at a local, regional, urban or export market. The product may be on display or not (traditional physical markets or agricultural exchanges). The methods of sale are also quite varied: in cash or credit, before harvest, at the peak of production, or later during the lean season, etc.
The initiatives illustrate different types of activities that FOs carry out to facilitate access to the market and the marketing of products: direct or indirect services and functions to move products, improve production, and obtain better conditions of sale and/or marketing, particularly through the creation of strong support networks for dealing with buyers.
Among the initiatives studied, ten emblematic and exemplary cases were chosen for comparative and transversal studies in chapters 2 and 3. These consist of long-established FOs that have carried out a number of long-term collective marketing activities. 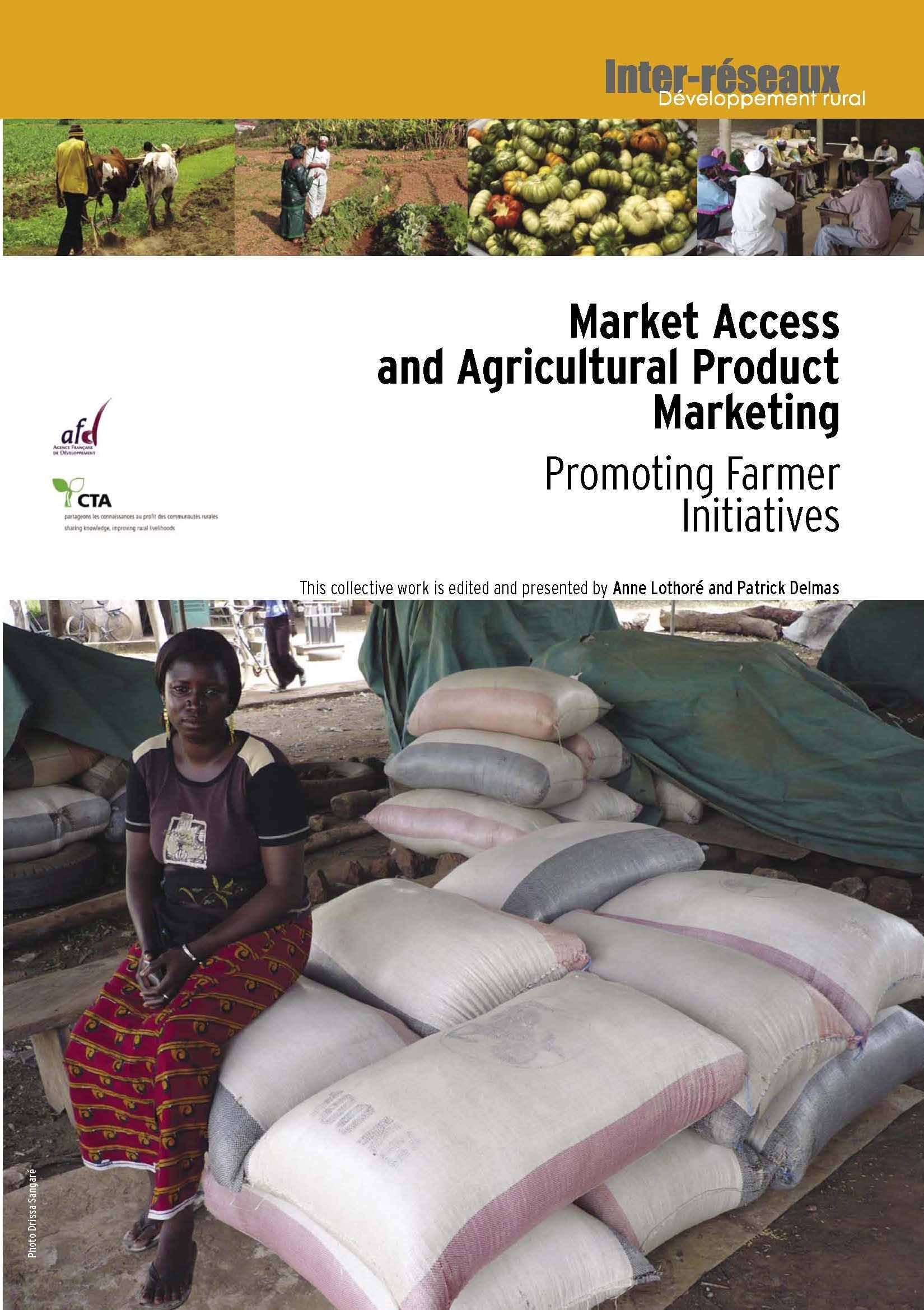 Methods in Ecology and Evolution

Article – Climate Finance: How to move from the Trillions to the People?

Report – Europe – Africa relations in a multi-crises world: Turning the page after COVID-19, the EU-AU Summit and the war against Ukraine

Methods in Ecology and Evolution

Article – Climate Finance: How to move from the Trillions to the People?

Report – Europe – Africa relations in a multi-crises world: Turning the page after COVID-19, the EU-AU Summit and the war against Ukraine